Apparently therapists are human. I suppose I’d like to think otherwise. Wouldn’t it be great if we had these superhero counsellors that could understand our inner world completely and know exactly how to fix everything?

It’s tough when you’re really attached to a therapist. They become one of the most important people in your life. But therapists get it wrong sometimes. When that person who you make yourself so vulnerable with slips up, even the tiniest bit, it can feel like a huge issue.

That’s what happened for myself and J in the past week. We had some difficult sessions last week and she missed me. I missed myself even. I didn’t even realise that we’d experienced this rupture until after the session that it happened in. I’ve written about it in the last few days, because it catalysed a major crisis for me.

Over the weekend I decided to quit therapy. I was angry and frustrated and fairly despondent too. I felt as though it wasn’t possible for me to get to a stable enough point to face my demons. Therefore I came to the conclusion that it was pointless carrying on.

I am glad that J resisted me cancelling my sessions this week. She actually persuaded me in the end to have a double session today so we could talk about why I felt like quitting. I had a feeling that’s where the ‘negotiation’ would lead.

It was scary taking myself to that session this afternoon. I couldn’t eat beforehand, I was so anxious. I was shaking before we even started. Because I hate conflict. Unless I’m at work, I find it very difficult to disagree with people, particularly people I care about. Getting angry with them is simply too much for me. It goes against my unhealthy core belief of taking care of everybody who cares for me, making things OK for them. I’ve always worked from the perspective that ‘if you’re happy, I’m happy’. I fooled myself with that one for years.

This meant that I surprised myself by actually telling J what was upsetting me about our last session. I told her I felt  angry. I explained that I felt as though she had joined the ranks of other important people in my life who told me not to speak about the abuse, and said how hurtful that felt. I even managed to let her know that I was disappointed in her.

That might not seem like a big deal to some people, but for me it was massive. I was scared, because although I had all these negative feelings about therapy, I also know that I can’t face the thought of managing without J right now. Ultimately I am terrified that she will reject me, think I’m an idiot / attention seeker / drama queen etc. It doesn’t matter how much she reassures me to the contrary, those feelings are set in stone. For me, it comes naturally that when you depend on someone so heavily; it’s only a matter of time before they let you down.

The discussion about where we are with my therapy also enabled us to speak a bit more about my dissociation. We explored how some of those dissociated ‘parts’ can possibly interact, and whether I might be able to keep track of my body sensations so that I’m able to flag the anxiety before it escalates.

What helped today was putting everything in perspective. I was reminded that J is, of course, human. She can’t read my mind. She can only know as much as I tell her. There’s no way for her to interpret how every single thing she says will get distorted by my various inner voices. So yes, things are going to go wrong sometimes. But I feel more confident now that I can speak about it, she is willing to work through it with me. I needed to hear that. 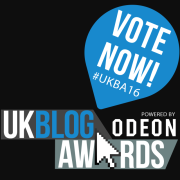