This isn’t an easy one. I like to pretend I’m not, but I think I’m really a bit of a prude. For instance, when I hear my neighbours make animal noises when they’re going at it, I cringe. I think, why can’t they just fuck quietly like the rest of us? Or at least shut the windows. It makes me feel incredibly uncomfortable, because I’d be so mortified if I thought anyone heard us.

I was thinking about this today, after noticing that I can talk to my therapist about almost anything but sex. Not even the good, healthy, married kind. I don’t talk about it with anyone really, other than my wife. On a few occasions friends have ventured to tell me about what they’ve got up to in the bedroom and I’ve been repulsed. It’s tarnished my view of them. Even though it was nothing revolting, I just hate thinking of people I care about in that way.

The first time I heard my parents having sex and realised what it was, I was horrified. It made me feel sick and hugely anxious. I went through months afterwards in which I couldn’t go to sleep because I was so scared of hearing them. I would lie there getting so worked up about their bed time, then putting my hands over my ears and my head under the pillow for a half hour or so. Only after that could I fall asleep, knowing the ‘danger’ had passed.

This discovery happened soon after the truth came out about my brother abusing me, and I wouldn’t be surprised if my feelings about the two are linked. At the age of 11, seeing the shock of this secret coming out and having only ever known of sex as something horrible that frightened and disgusted me, it isn’t surprising I reacted this way. How could I have seen that what was happening in my parents’ bedroom was something completely different?

I must have carried some of that anxiety into my adult life. Because for a long while I couldn’t separate the excitement of sexual arousal from a feeling of being threatened. I could only see being sexual as wrong or dirty, something I’d be found out or exposed for. These thoughts didn’t occur logically or explicitly, but when I think back now to being a teenager I can identify them. And I can tell why I couldn’t fit in. It wasn’t because I was gay and didn’t know it yet, it was because I was too scared to even explore my sexuality enough to learn about it.

I only began that journey when I started getting wasted at parties. Then I would fool around with pretty much anyone, male or female, sometimes both together, sometimes groups of people. But never sober. Even though I had a few really lovely boyfriends, I couldn’t let them that close to me without getting drunk or high first.

Perhaps that was because I never truly felt like I wanted to. Maybe I was just too scared or disgusted by myself. It took until I was 21 to let anyone get close to me sober. Looking back now, I do feel like that was the first time I ever really wanted it. It was definitely the first time I’d come close to enjoying myself, and the first time I hadn’t wanted to forget as soon as it was over.

A while ago, I decided I needed to take more risks in therapy. One of the biggest, scariest steps I took was disclosing to J the details of what happened when my brother abused me; the specific incidents I can clearly remember. God knows if there are more. I found it harrowing. Despite J’s efforts, I was ashamed and anxious.

I’m not going to give up on taking these risks though. I want to make progress. I want the sordid details of my past to stop following me around. I suppose voicing those fears might enable me to start getting hold of them. So maybe the next challenge is to talk about sex. To say what I’ve written here. Even writing it has been scary, so I’ll have to work up some courage for that one. 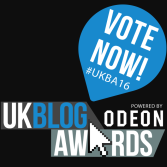